All prices are shown in Australian dollars. With varying delivery times. Prices are subject to actual exchange rate. 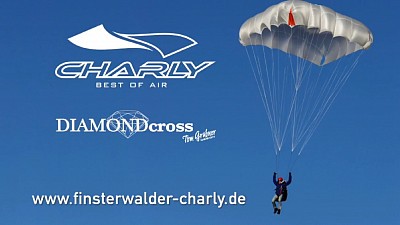 New tests performed for opening safety of the DIAMONDcross

Already during the development of the DIAMONDcross, the topic "entanglement of the rescue system with the main glider" was crucial for diverse product details, which have been certified with additional tests far above certification criteria during the summer.

The most dangerous situations for a rescue system becoming entangled with the main glider are SAT-like rotations after tangling up. This was simulated by holding collapses.

In contrast to the urgent recommendation of DHV, to powerfully throw the parachute towards your legs to prevent the rescue becoming entangled with the main glider in such situations, the parachute has been deployed after the release out of the harness when tested, to simulate the "worst case".

The aim of the test was to prove that the DIAMONDcross reliably opens also in this situation. Particularly in such an exceptional state like rescue deployment in a stressful situation it might be possible that the pilot is not able to react correctly.

The overall concept of the DIAMONDcross has integrated and considered these aspects of practice at the best.

This makes the DIAMONDcross the rescue system with the highest opening safety!

THE ALL NEW INVENTION 2017 - UPDATED 2019 Now with proven reliability in the acro community with stand up landing every time.

This light stable steerable square reserve from Charly. With several safety improvements to the standard square. Cheaper, more relyable than regallo and easier to pack.

Use the Steerable square reserve in combination with quickout carabiners for the perfect setup.

DURING SIV training Instead of landing in the water go land on shore keeping all your equiptment dry. Safer reserve for high altitude acro training over land.

Check it out here. 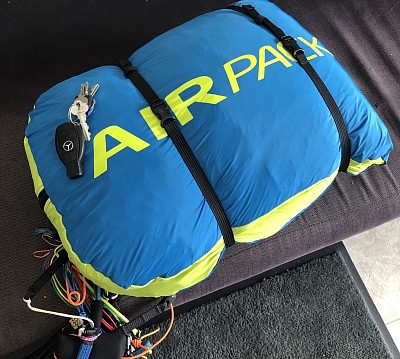 Buy 2 for the of one, lightest and smallest design in 2021. Well done Air Design team! I love it.

We had a 19' U-turn freestyle fit in Air designs size XS 50/50 Air pack without effort and then something new, it literally just slipped into my comfort ozone oxygen hike and fly harness. WOW factor!

* The lightest on the market with less material and beats Gins Concertina Pompress at 200gm in weight coming in 2nd.

* Size packs much smaller! Hike and fly reversible no more stuffing and struggling to get it in necessary. Also it easily leaves room for helmet, jacket and small water bottle. Again beats Supair and Gin handsdown!

1/2 the price of other brands with less material smaller and lighter. 3 Ticks making Air designs the No. 1 for me.

Some say "the zipper gets caught" stay away from zipper - this is total rubbish because if you zip it correctly it isn't an issue. TIP for zip: Never close a zip where pressure is pulling it's sides apart. Close it off part by part and place finger underneath when zipping. You'll never split or brake a zip or catch material doing it the correct way.

VIDEO: HOW TO PACK AIR PACK 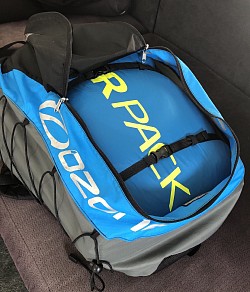 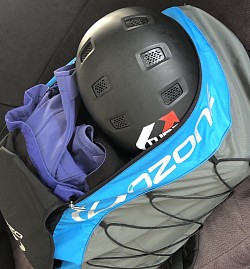 Below is a list of stocked demos or used items. 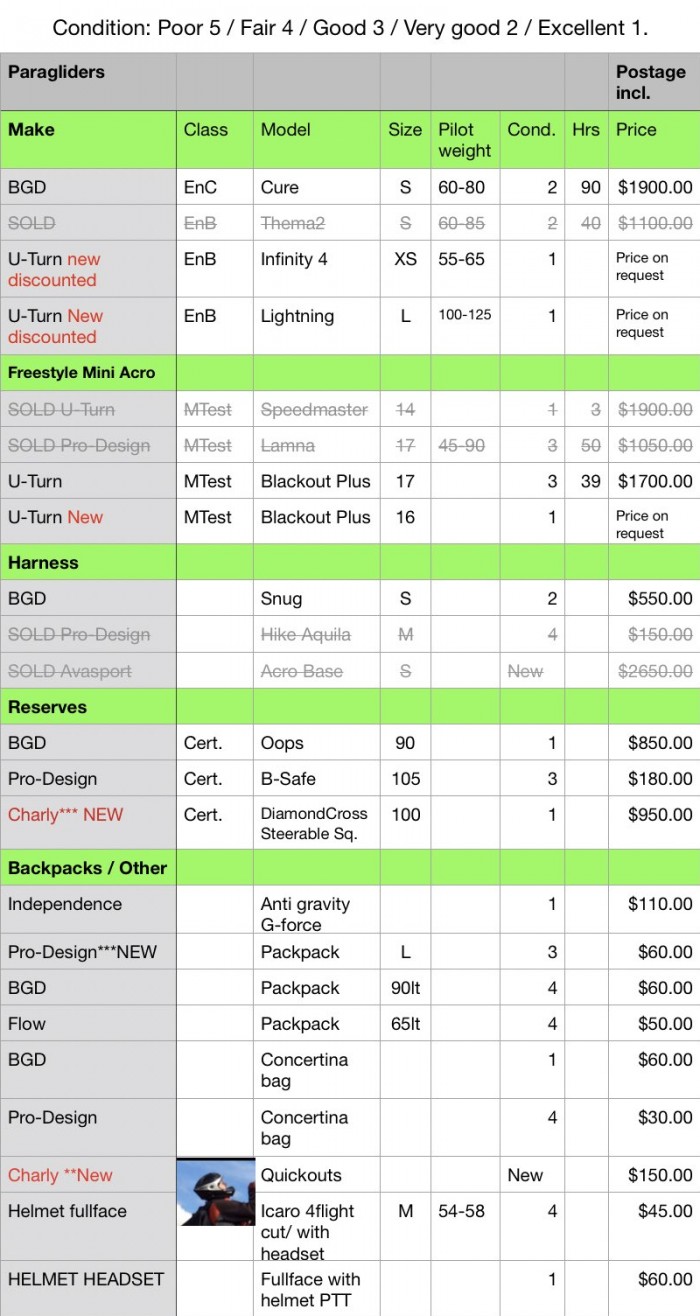 DEMO’s or USED models in stock items. Including postage.
Made with SimDif